Due to  my lack of blogging after her arrival I never got to share some of the sweet baby knits I made for Nalah.
Please don't mind if I do :) 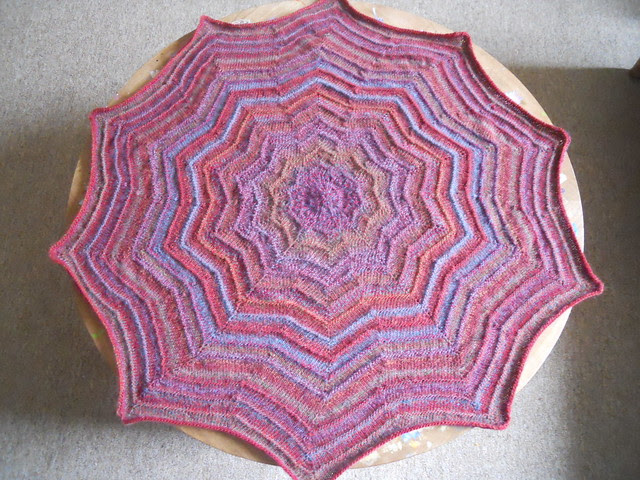 First off is the star afghan I made for her that took many months, I started it in August and finished in late February. It was a fun pattern but needed my total concentration to knit, no movie watching, no talking, no kids around to break my concentration..which is why it took so long.
I also lost it for a few days and thought that it was gone for good. I was heartbroken and even wondered if I could possibly knit it again. But luckily Sophie found it in the field behind her school, it fell off of Nalah when we picked Sophie up from school and someone had hung it up on the fence. whew. close one. It is super light weight and I use it to wrap over our Moby wrap when it is chilly, and even though it is wool, and it is July ...we still have to use it once in a while.
It is the largest thing I have ever knit and it was made from yarn I acquired on the trip from which she was conceived.
I hope we don't lose it again. 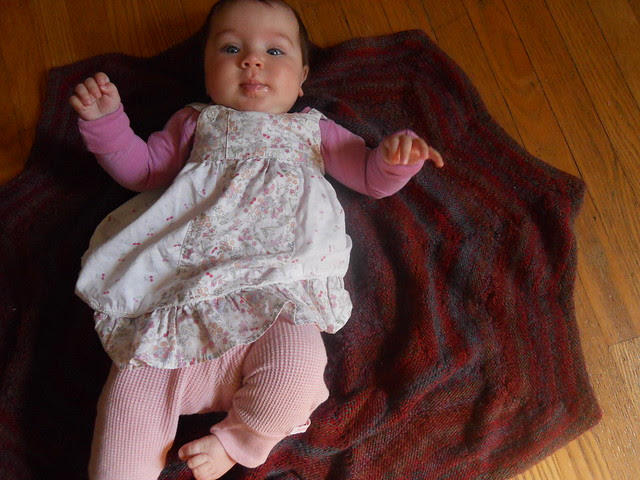 This is actually the backside of the blanket but it shows the colors truer than the first pic. 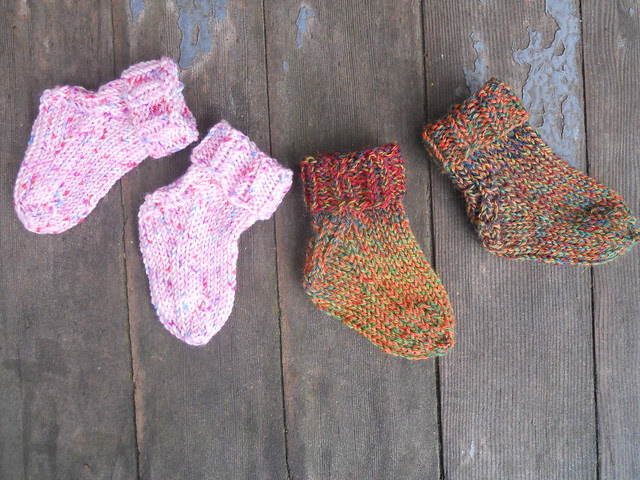 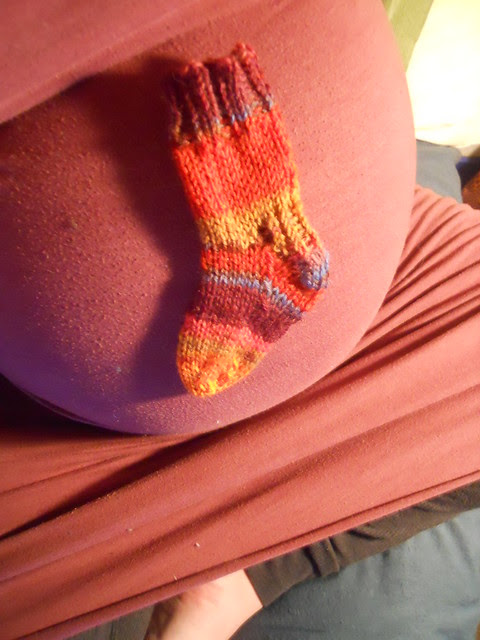 on my sweet little model: 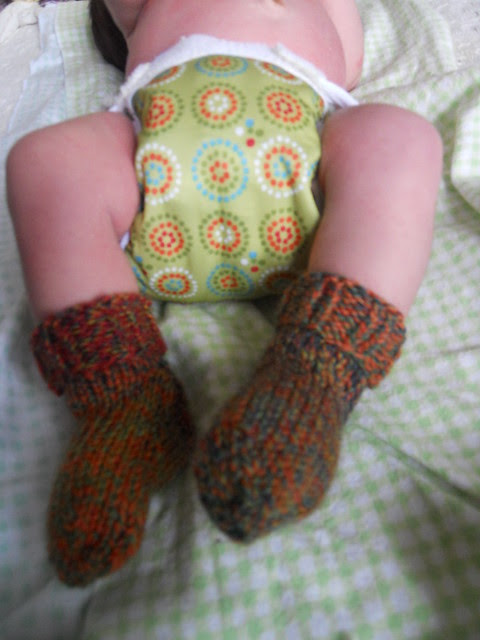 I knit this baby cocoon when I was pregnant and wanted to make it gender neutral: 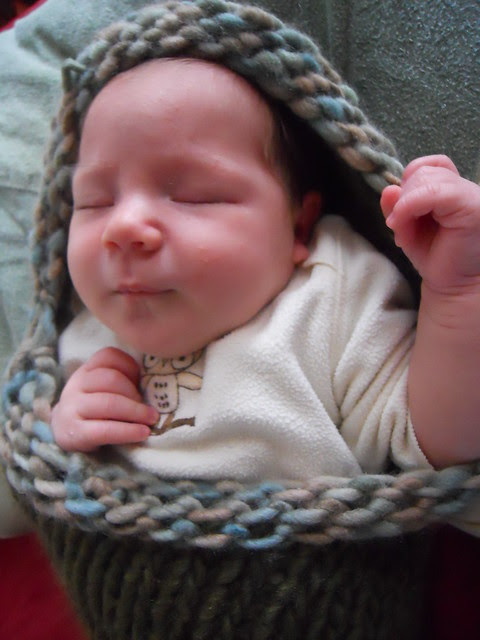 But when she came out a baby GIRL I wanted to make a cuter one in girl colors : 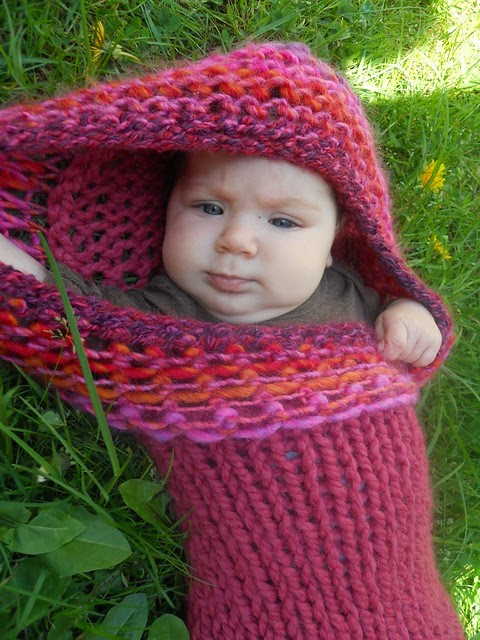 And a kicking sack....in grandpa colors :) 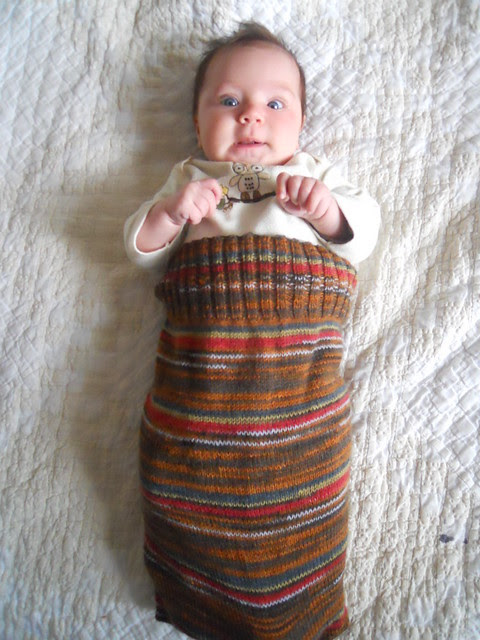 When Easter came, her first holiday...I though she NEEDED one of these: 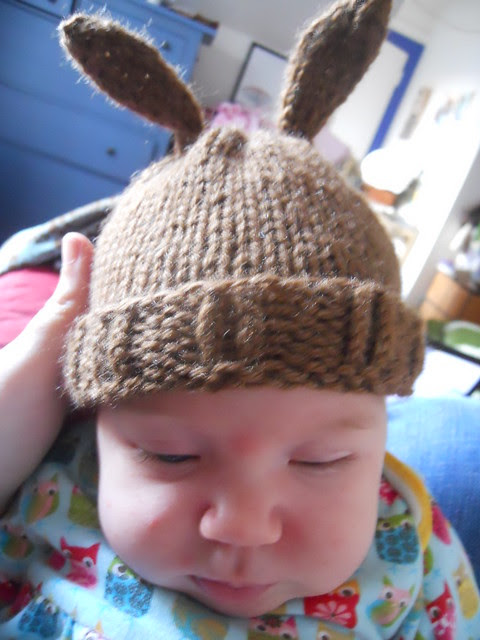 I wanted to knit her a funky cute baby hat for a fun newborn  photo shoot but I was in bed recovering from the hemorrhage for two weeks and then got a fever and Mastitis after that by the time I got around to it it she didn't look much like a newborn anymore....she was about a month old here: 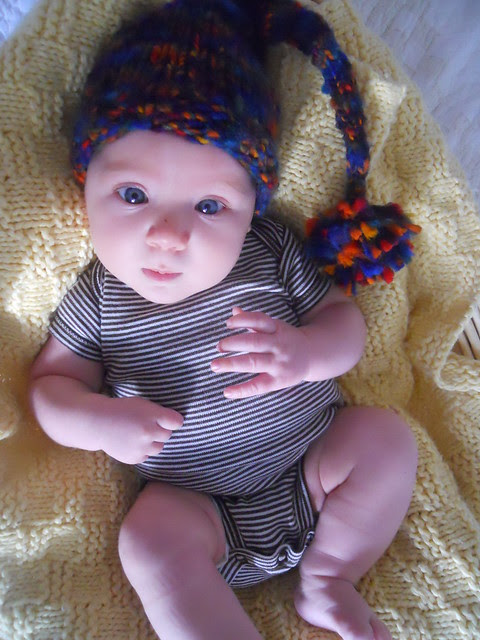 and she grew out if it fast!: 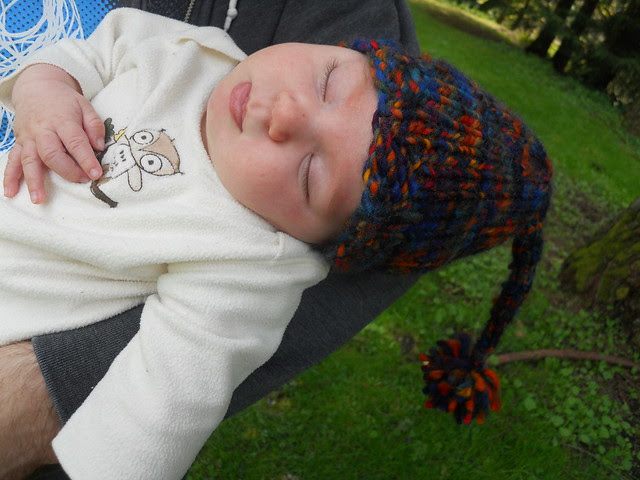 I have showed this one to you before but it looks a lot cuter on a baby:

and some matching booties: 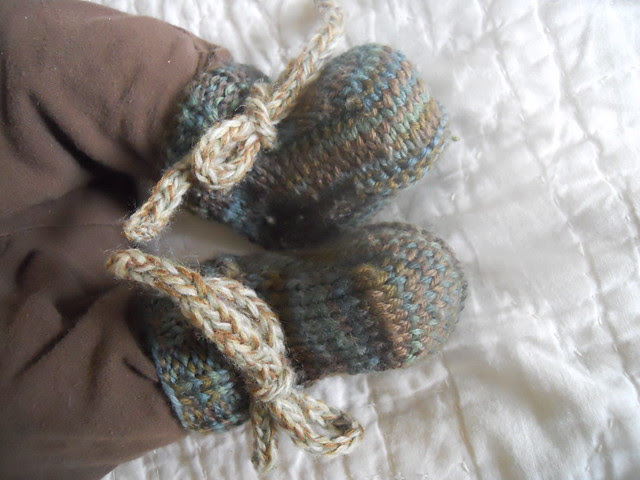 Whew! That was a lot. I have been meaning to post about these knits for months...just can't find the time. This was one mass catch up post and I didn't get into details but if you would like to know what pattern or yarn I used please ask and I would be happy to link you up to them.
I have another finished knit that I can't wait to show you ... just need to get some pictures first ;)
Posted by Heidi at 12:00 AM

You are so very talented! I wish I could knit... hoping to learn someday!