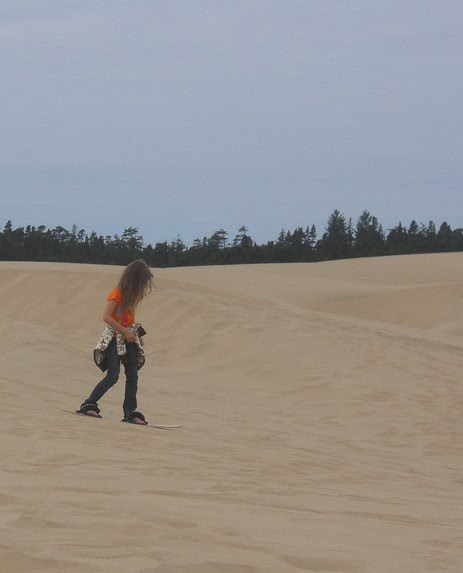 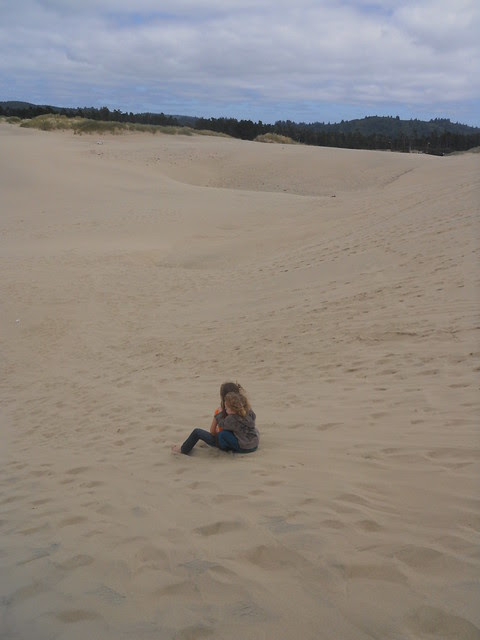 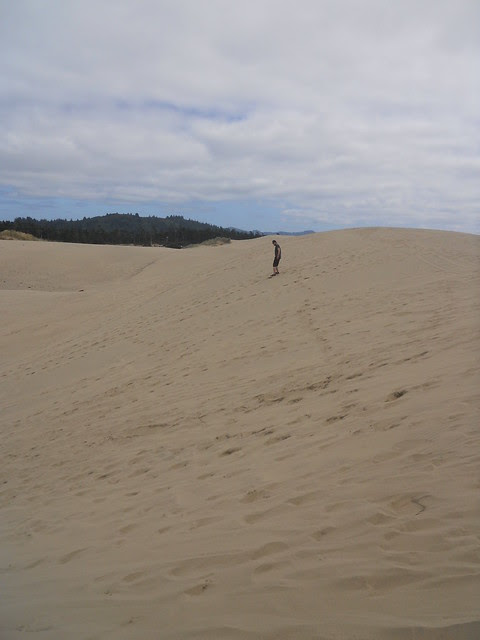 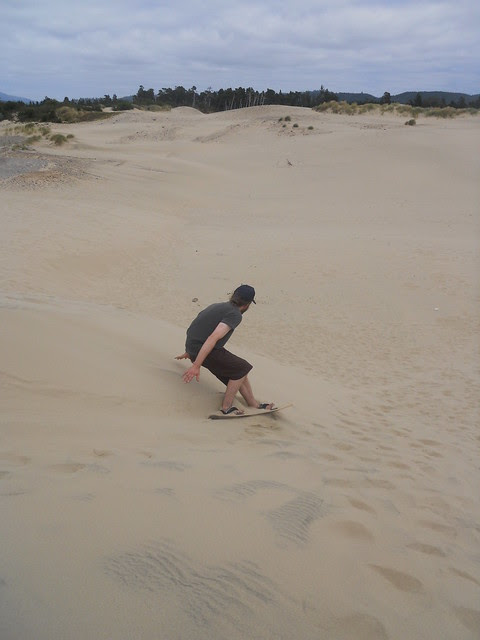 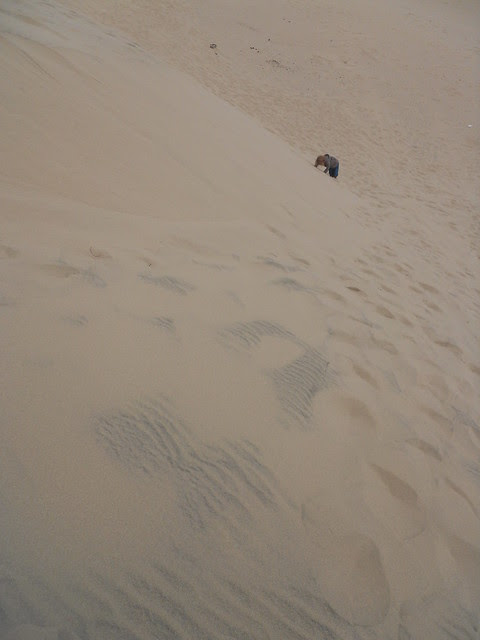 I won an Oregon coast vacation package that included sandboard rentals for the Oregon Dunes recreational Area that is 40 miles long along the Oregon Coast. Sandboarding is pretty much like snowboarding on sand. Since summer is nearly over with Sophie starting school next week and me feeling a bit better, we decided to use our vacation while the summer sun was still shining.
I left the sandboarding to Papa and Sophie since I didn't think at 4months pregnant that would be the best idea for me. I did however climb around on the dunes and it was quite exhausting, the pictures don't really show how huge the dunes are, the last photo of Sollie climbing up gives you the idea though. Everyone was pretty pooped out after climbing up the dunes all afternoon. Sollie got in on the action too riding the board like a sled with Sophie. It was a lot of fun and I look forward to coming back not pregnant so I can give it a try too.
Posted by Heidi at 6:52 PM

Wow, this looks like fun! I love walking the dunes but I agree it is tiring work!
So glad you're feeling a bit better!
xo R

Looks amazing. Can't wait to hear more about your trip!

So unbelievable awesome. Wow. I want to do this next time I'm at the Oregon coast. I wonder if our skim boards would work. Is the bottom of the sandboard waxed?
Great pictures.