Quite an eventful Mother's Day weekend....

Whew, it was a crazy weekend, some good, and some not so good.
On Saturday we had planned to visit a small lake out in the mountains but when we were deep in the woods many miles up a forest road I started to get a little nervous when there was snow on the road and the father we went the deeper the snow became. I wasn't really expecting snow. Although the roads just opened on the first of May.  I have heard to many stories about families and people stuck in snow off forest roads and it just didn't seem like that much fun anymore. I didn't realize how far out this little lake was.It was chilly and wet and well, we decided to turn back and save our little lake hike for later, warmer time.I was a little disappointed but figured we make a last minute change of plans and head father down the highway to a different lake that would take us down near Salem.
But not before we let the kids out to play in the snow. 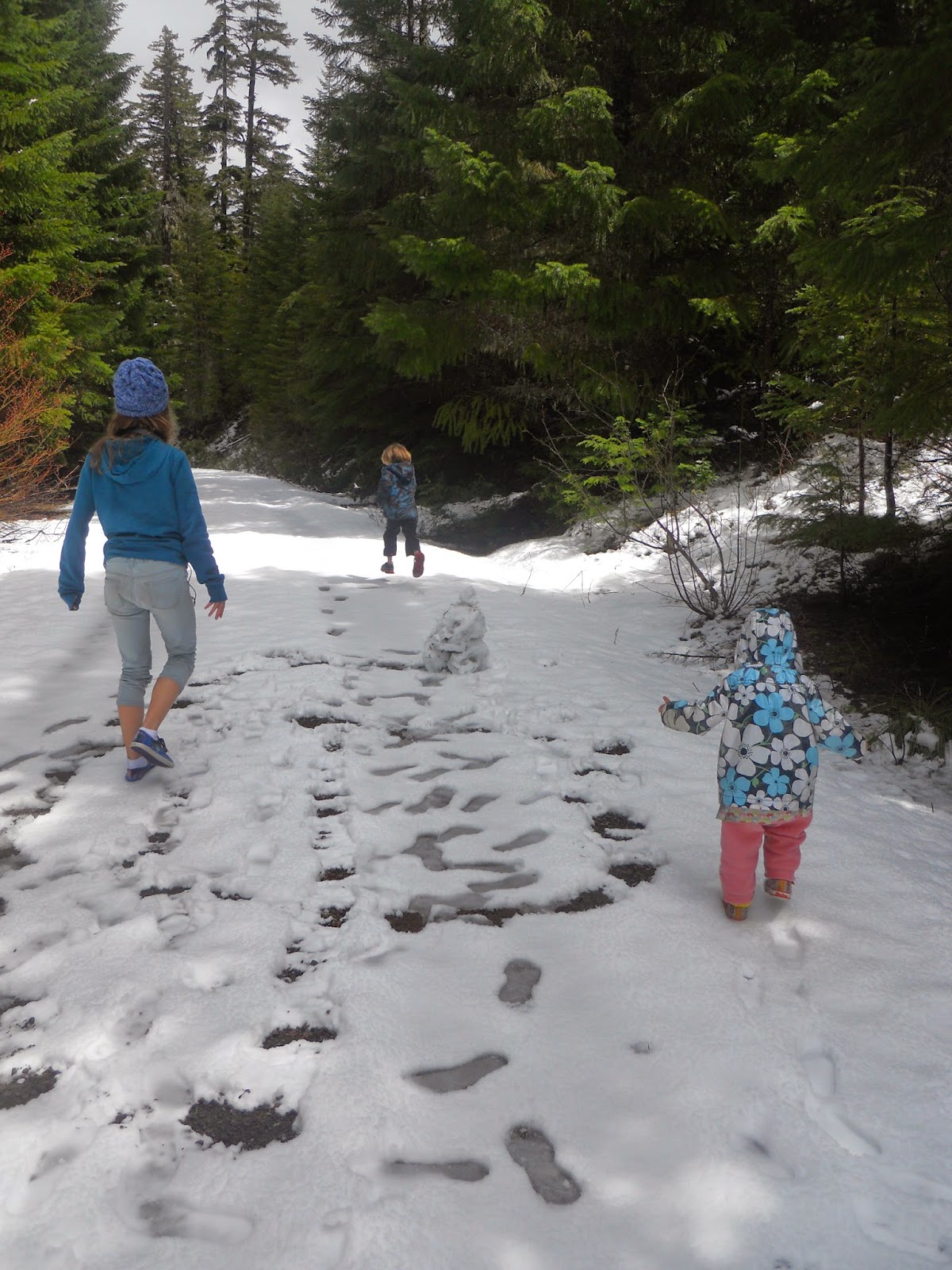 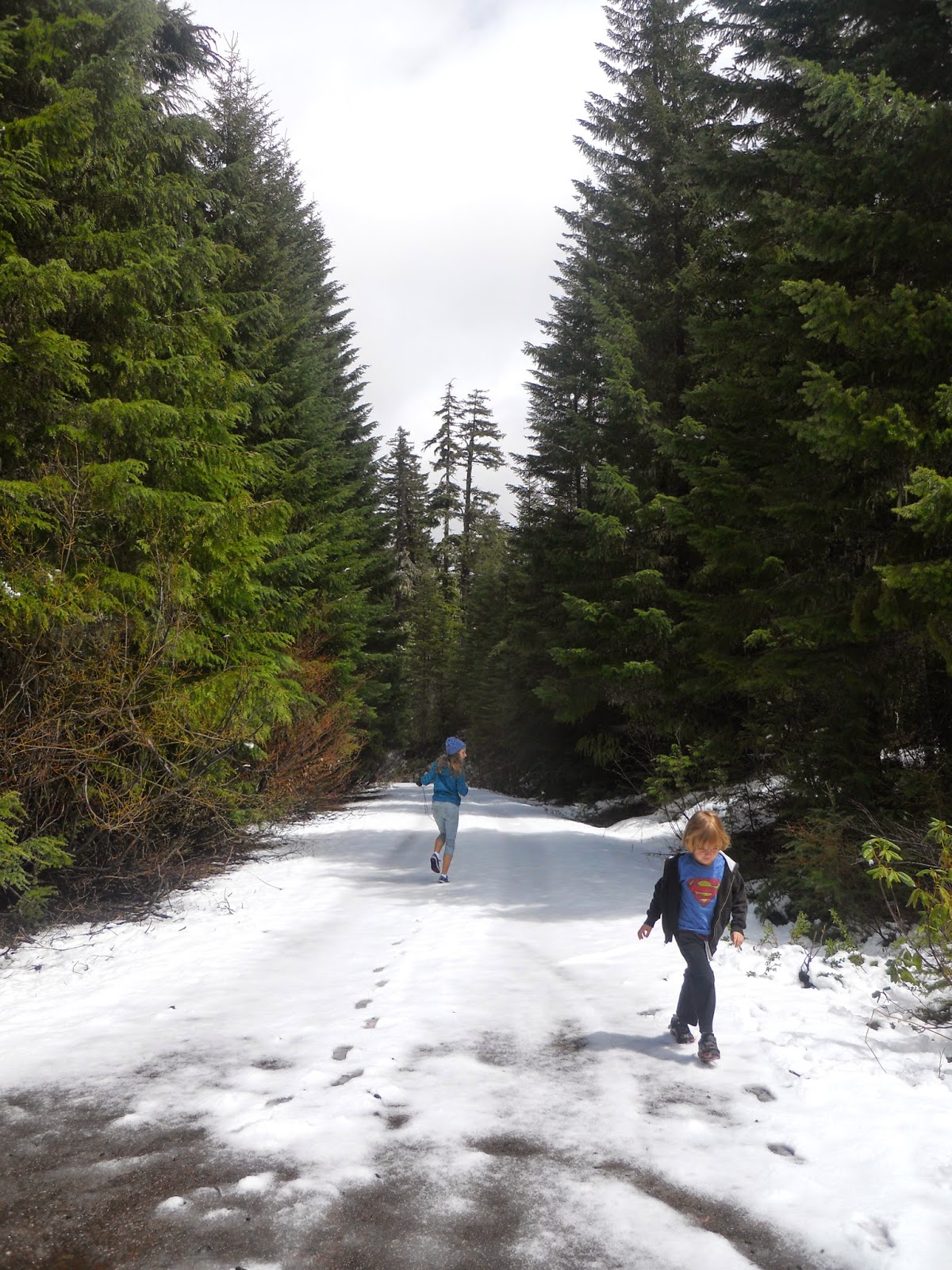 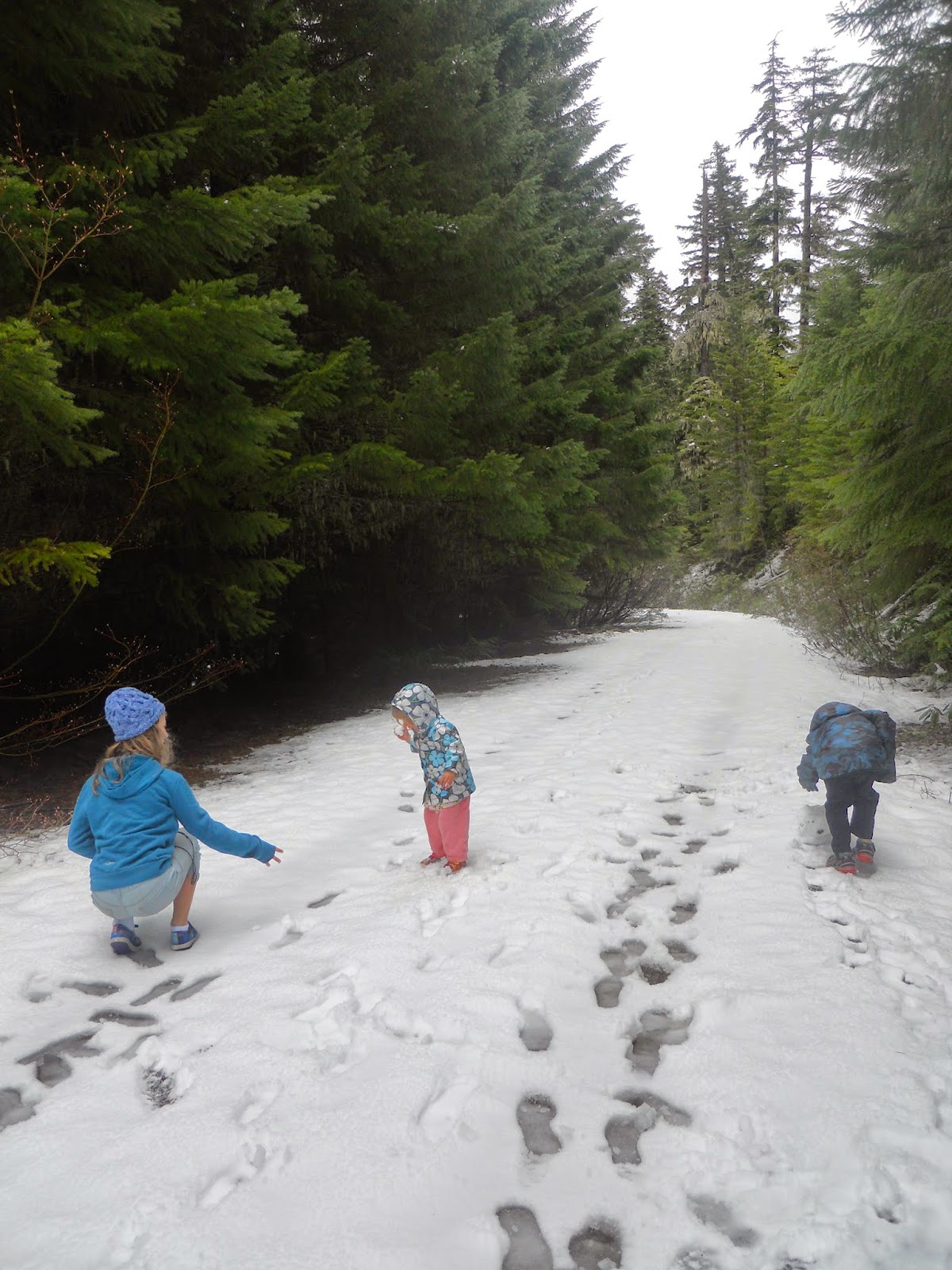 So after a wet snowball fight, and after building a small snowman we were on the road again back toward the highway. The kids thought it was pretty awesome, despite us being completely unprepared for snow. 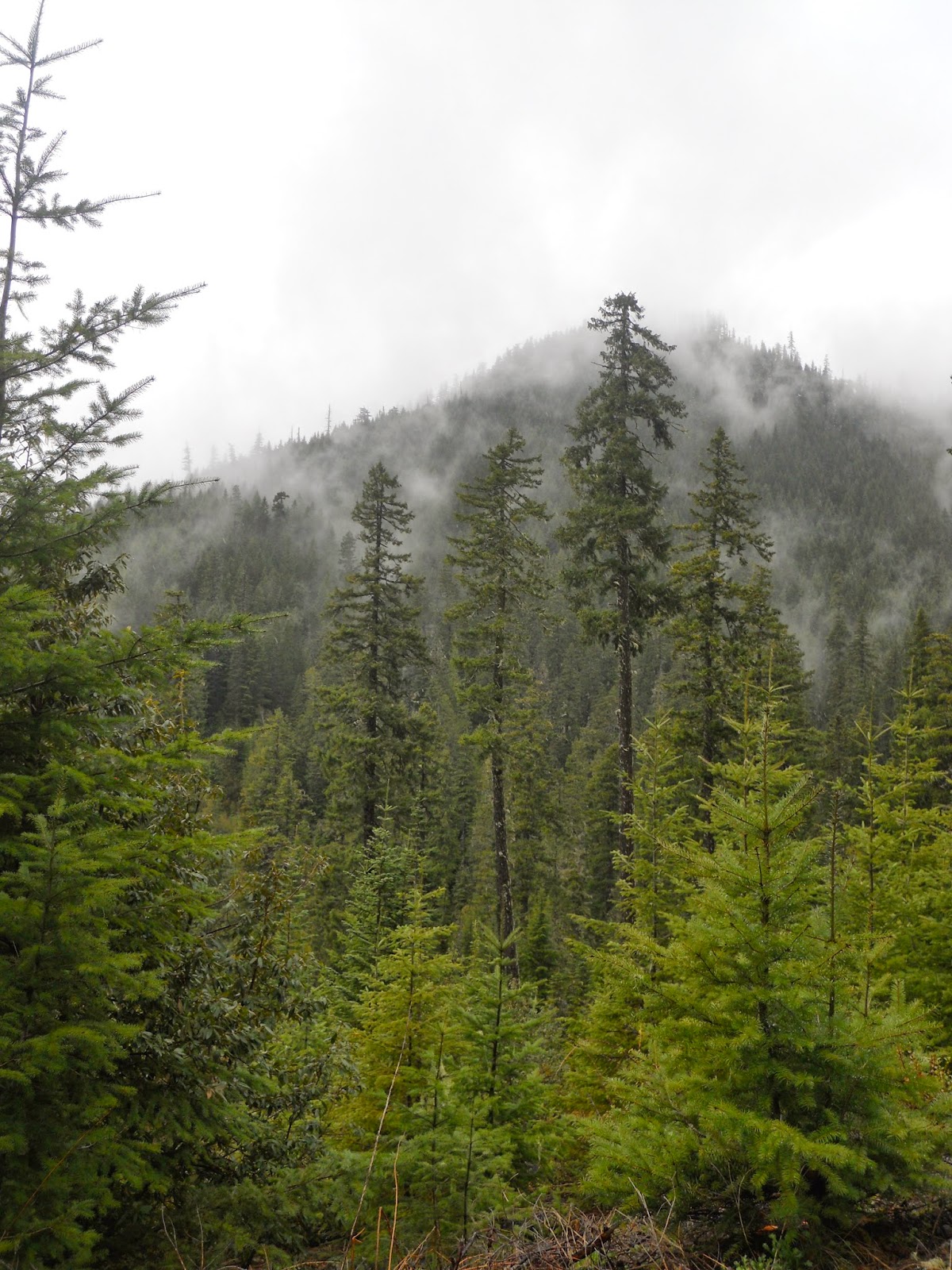 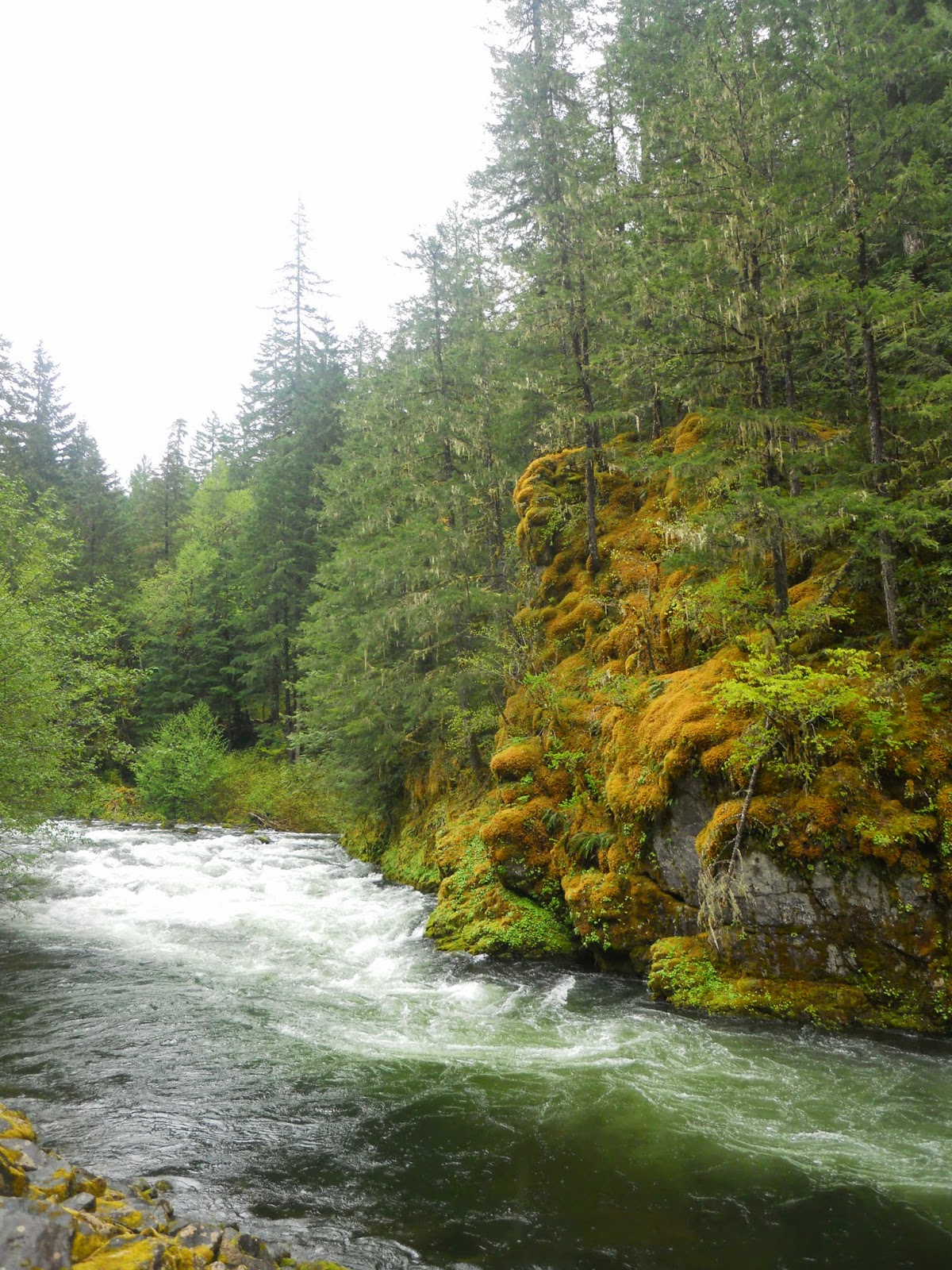 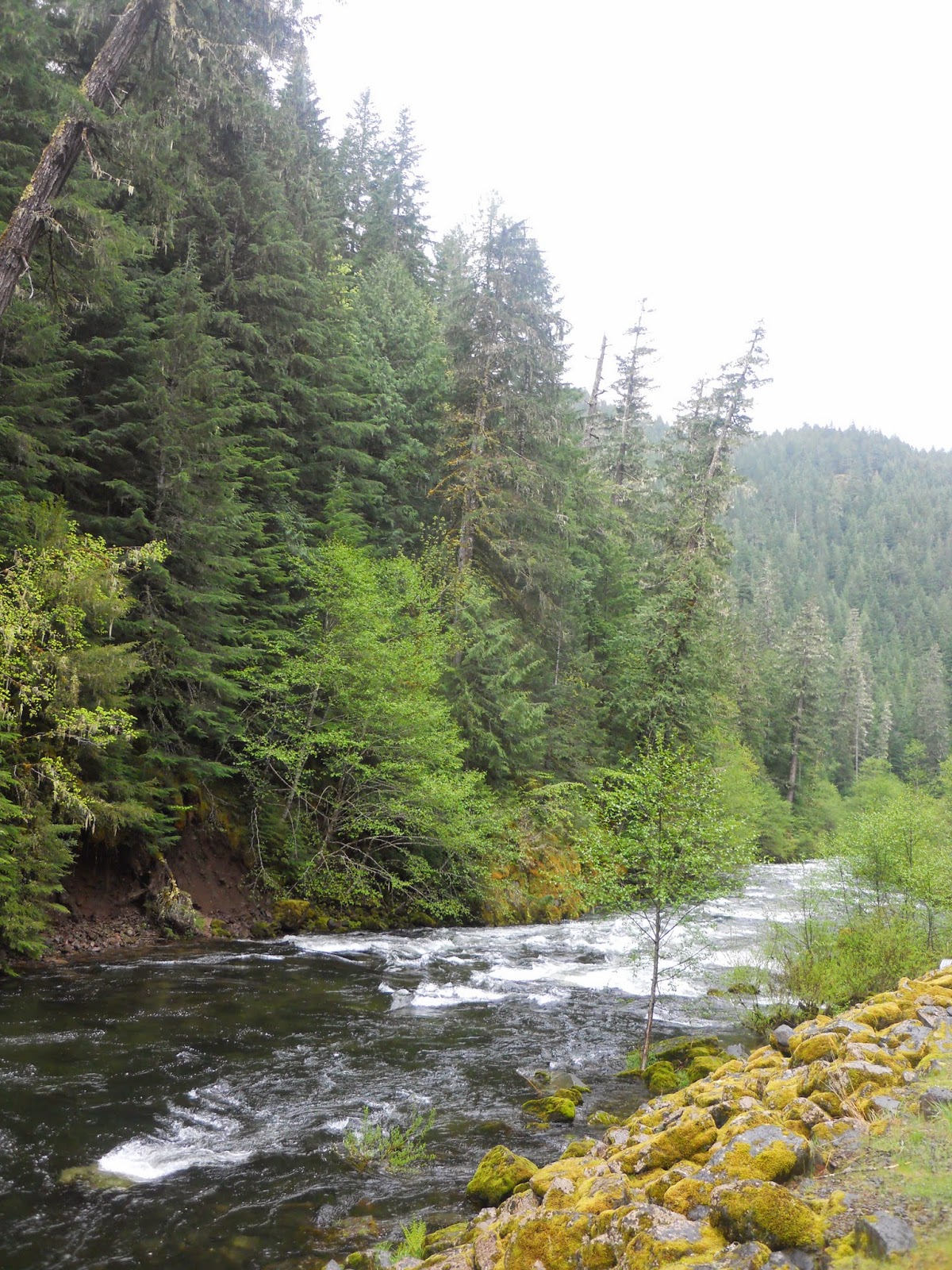 It was all fine and dandy......until our windshield wipers decided to quit working.
It was one of those Oregon days where it was raining on and off all day. A kind of day where windshield wipers were a pretty big necessity.  Deep in the middle of the mountains on a highway in the rain is not a good place to not have windshield wipers. We didn't have much choice but to drive out anyway. As long as we were going about 50mph it was all good since the wind cleared off the rain but once we had to slow for curves and after the highway merged onto a bigger highway with other traffic it was impossible to keep up that kind of speed. The worst thing was we were going to have to take the interstate. At one point I was so scared I decided I was going to camp out along the highway in the car rather than die in a car accident while trying to drive back to Portland. I switched and had Ben drive the last leg of the way home and through a couple of isolated and terrifying showers on the interstate. We made it home all in once piece. The really irritating thing was that we took the car into Jiffy Lube before our drive to make sure everything was working okay. Turns out it is going to cost us pretty penny to get them fixed too, so it looks like I wont be driving in the rain anytime soon.

Despite all that happened on Saturday. We decided to risk another adventure on Mother's Day. It was a beautiful sunny day and despite a few puffy clusters of clouds here and there it seemed the chances of rain were very very slim. So we went for it.
We decided to visit a waterfall in the Gorge, easy to access, and not in the middle of nowhere. Although I tried to pick a less popular spot father down the Columbia River Gorge past the Old Highway and all the other popular spots  apparently I wasn't alone in that way of thinking. It was very crowded and the parking lot was full. I guess me and several other Mothers had the same idea. Quite the opposite of the isolation of the day before. Whatevs, it was incredibly lovely and it raised my spirits for a bit to be out in such incredibly beauty. 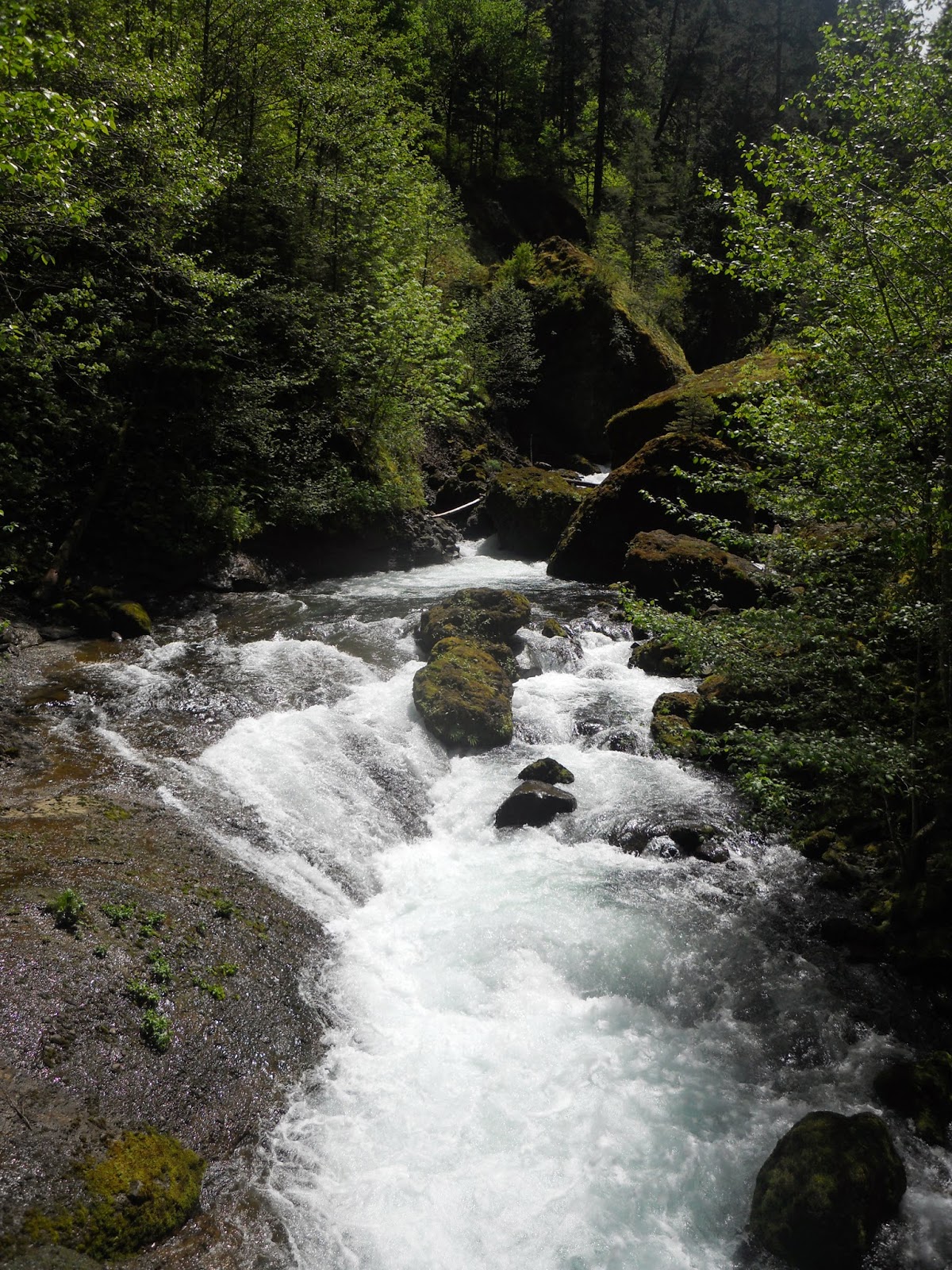 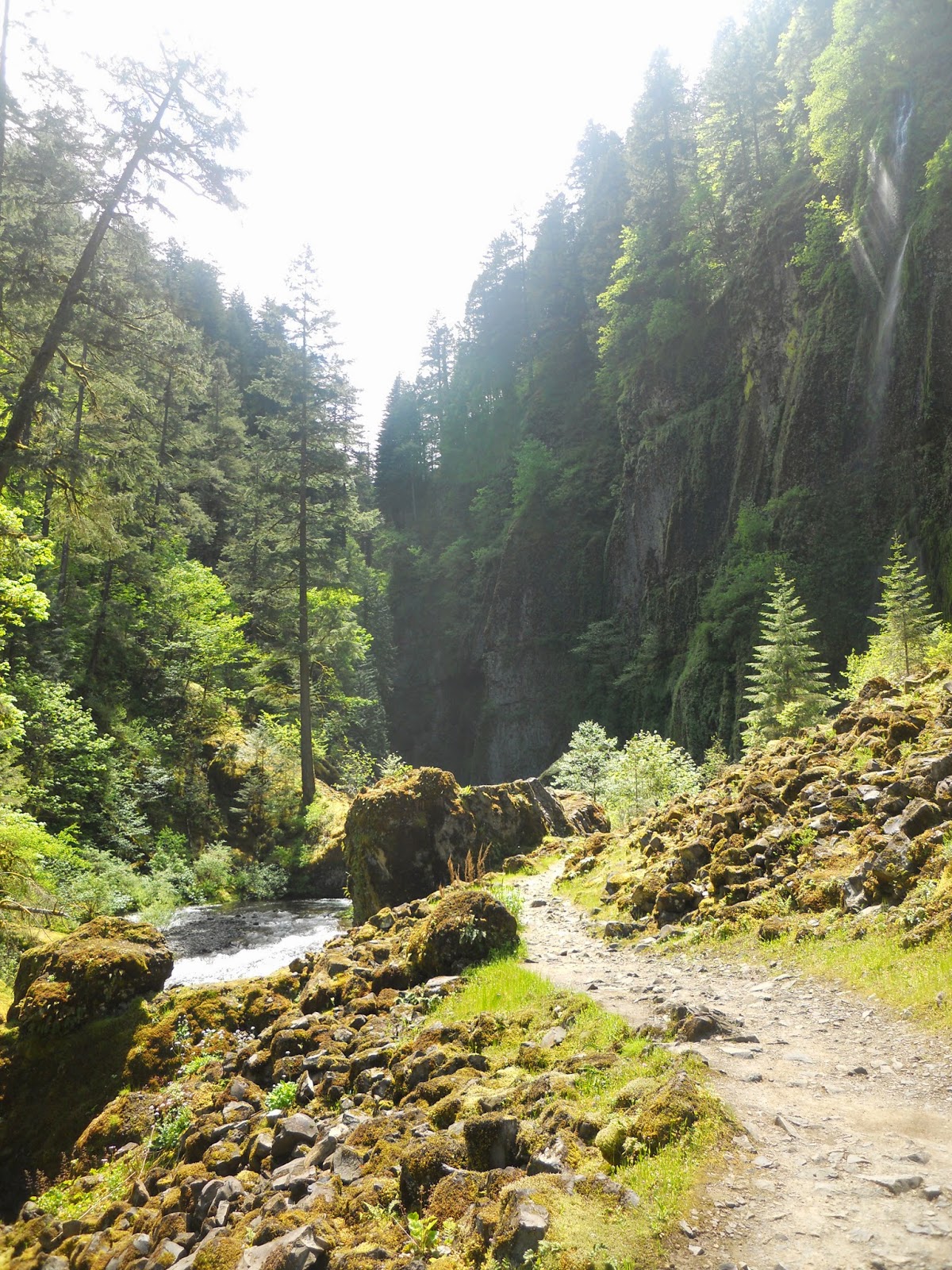 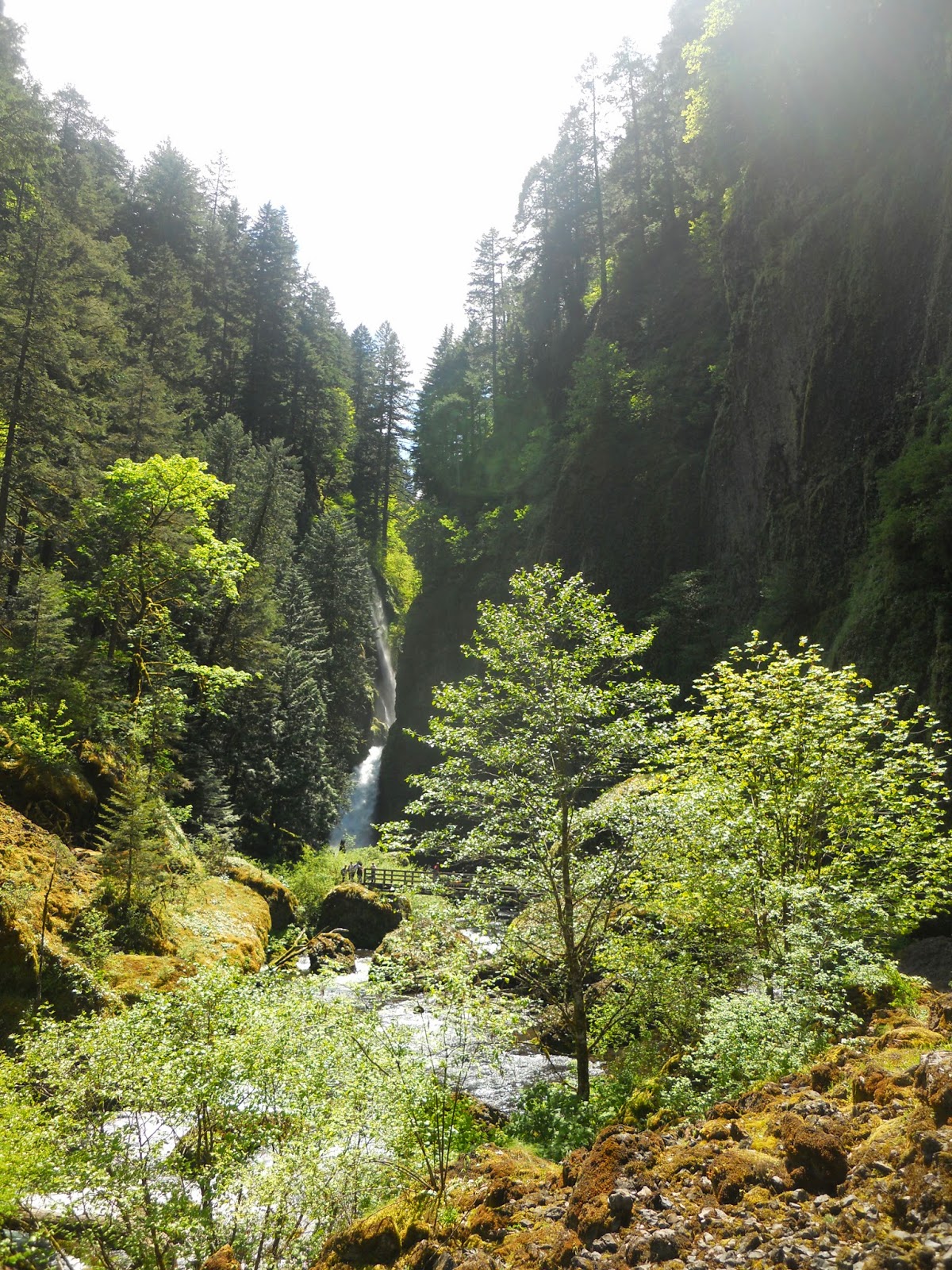 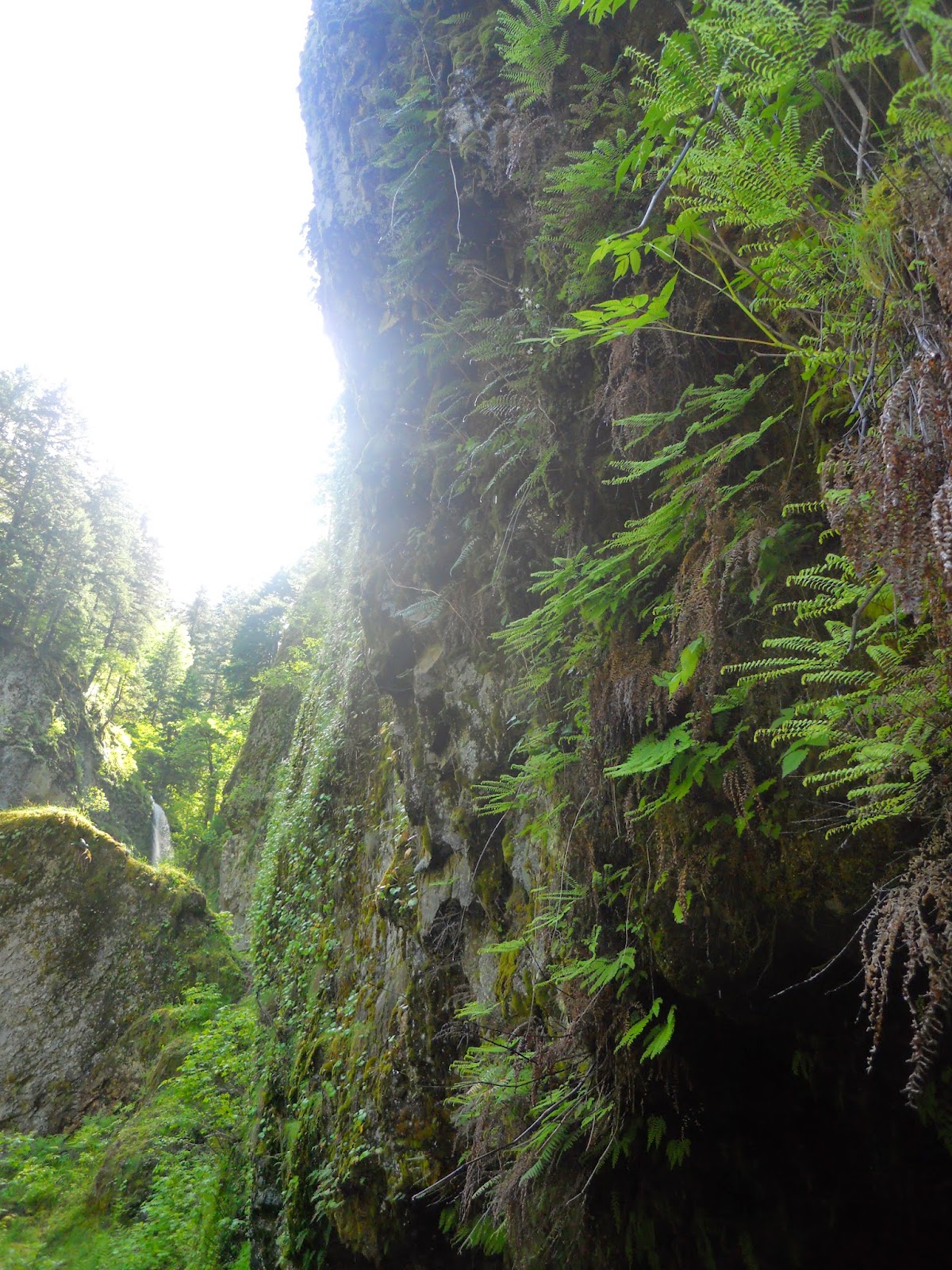 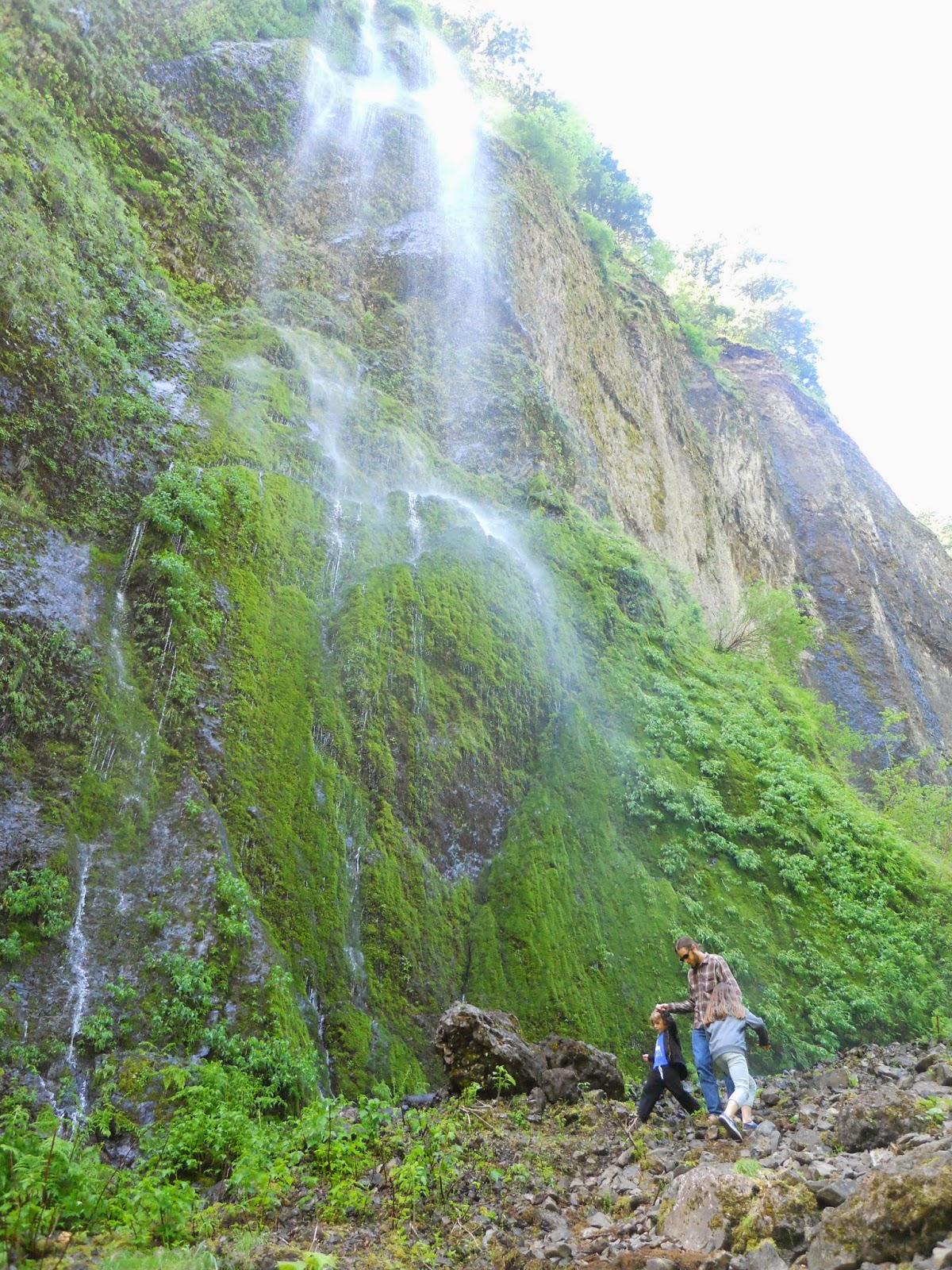 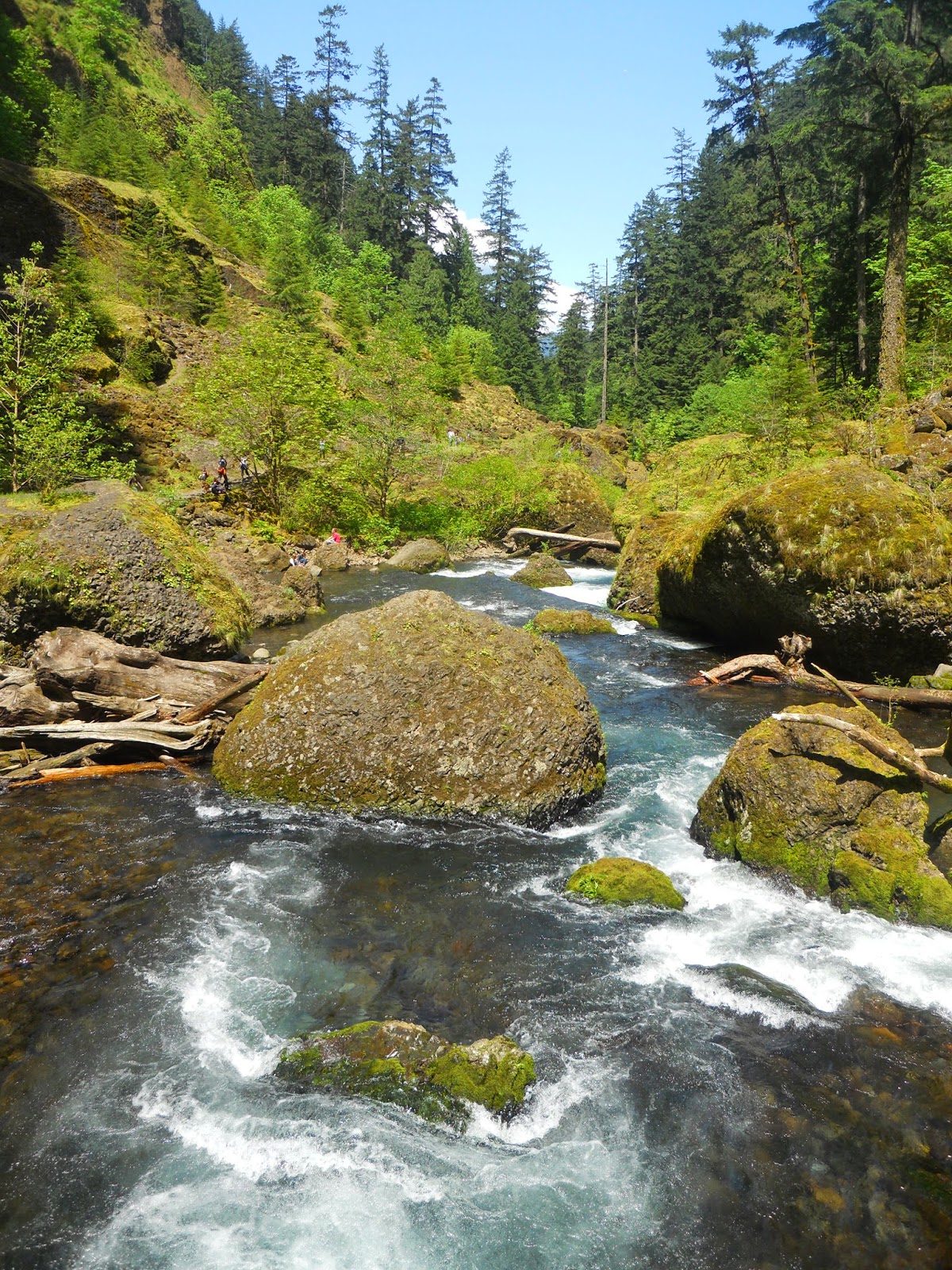 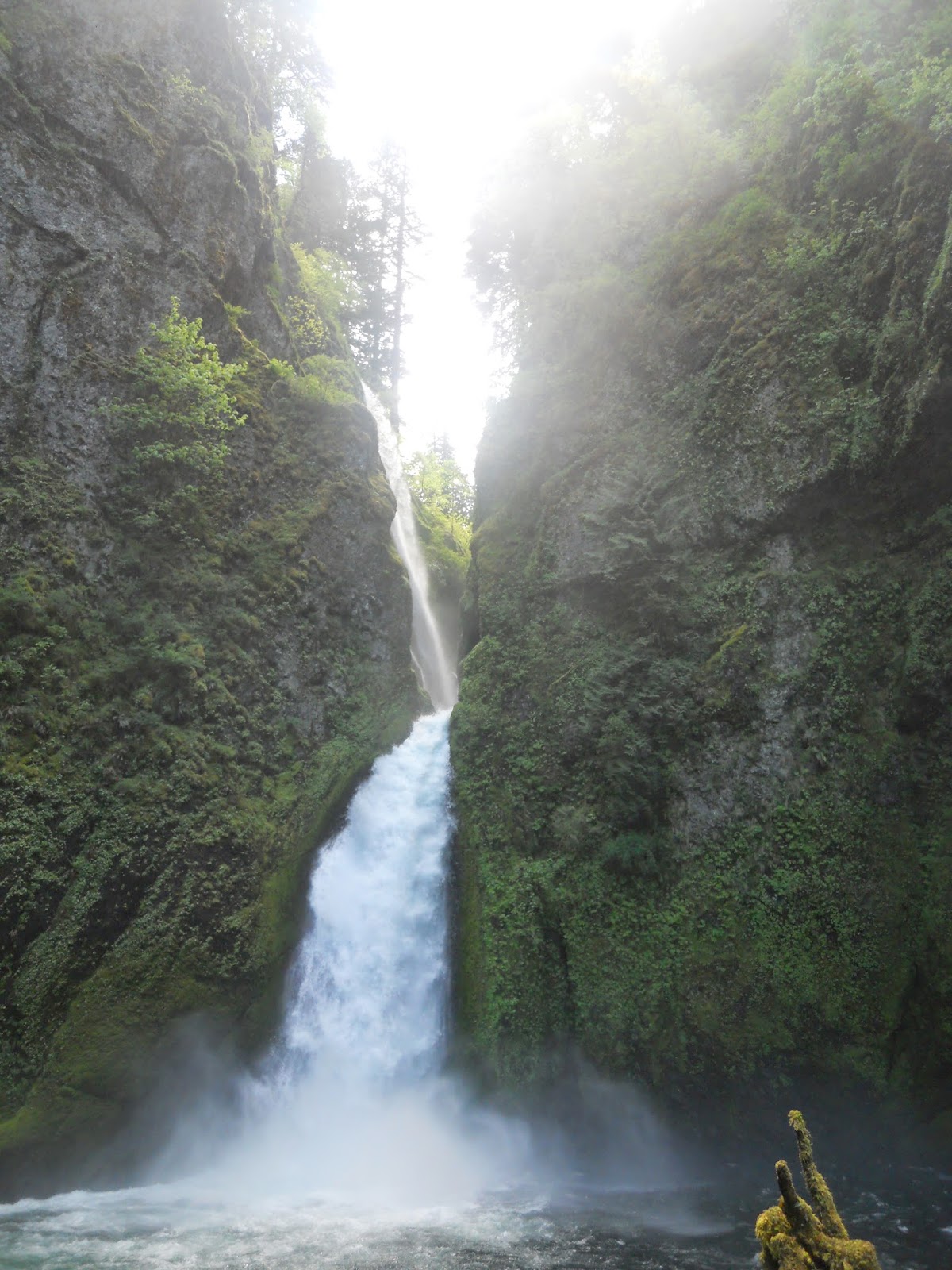 The photos are from Wahclellah Falls.
It is a pretty easy family hike 2 miles round trip but there are some muddy and slick spots and some pretty big drop offs so I bribed Nalah into the Ergo backpack with some M&M's. I am so glad I did as it would have been a scary place for a two year old who likes to run ahead.
However, I could have picked better hiking shoes.. 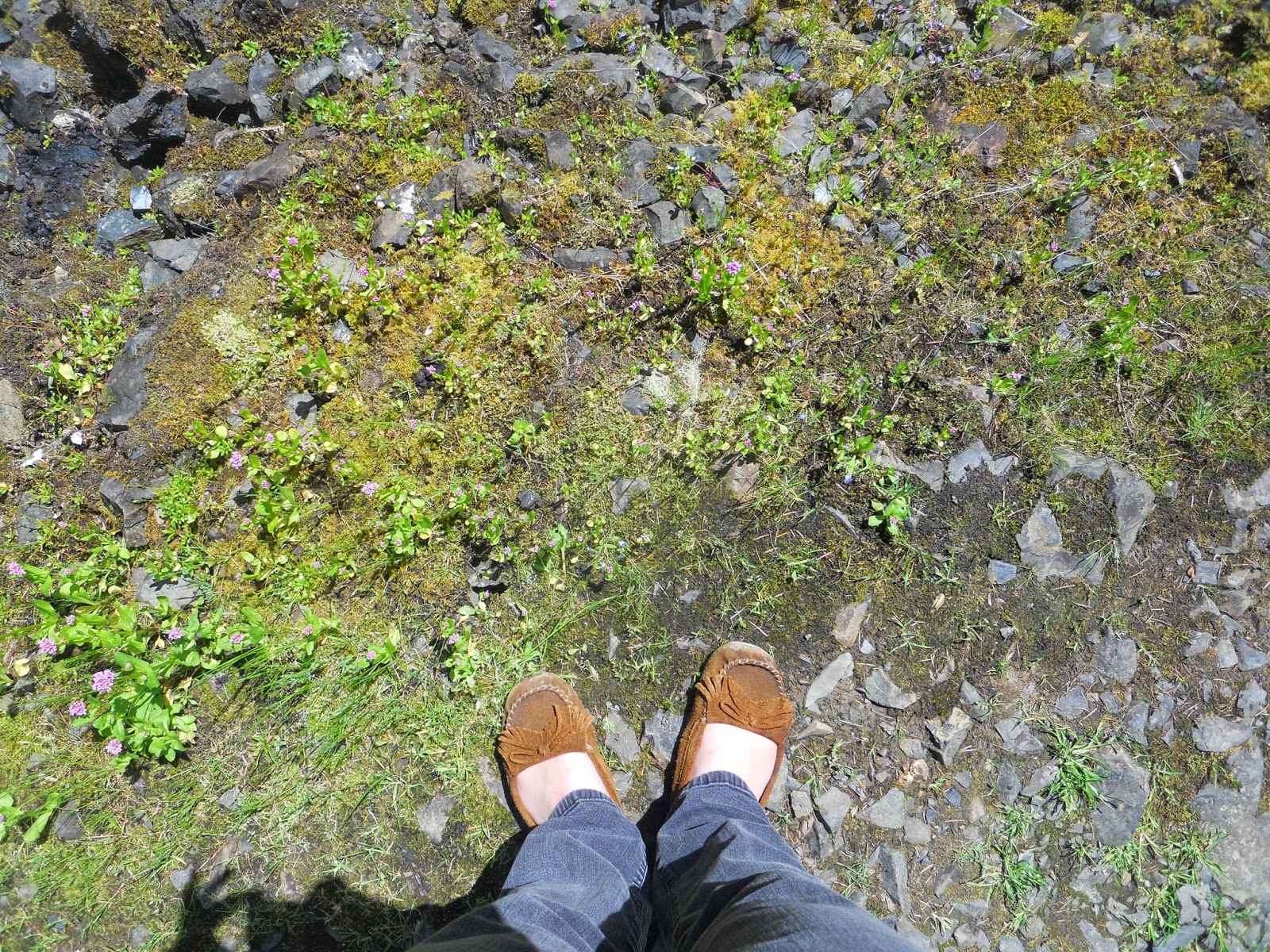 Happy Mother's Day to all you Mamas out there!!