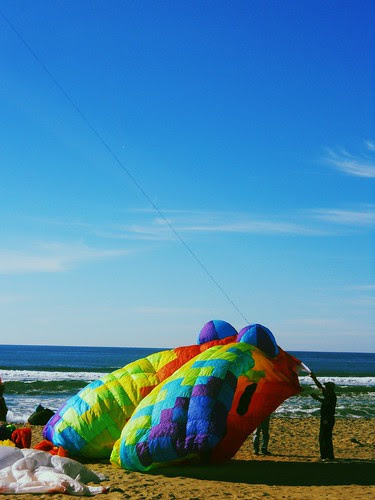 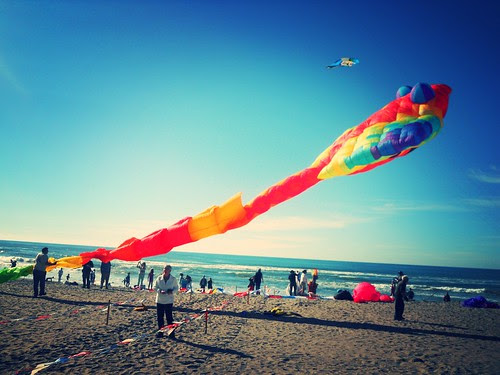 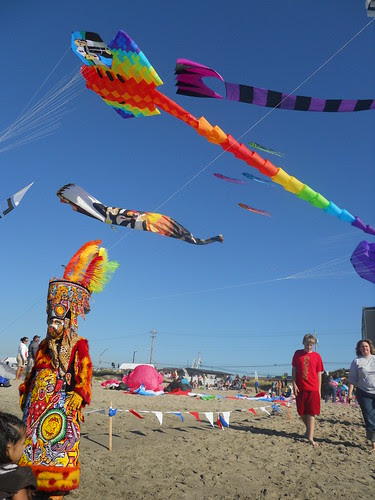 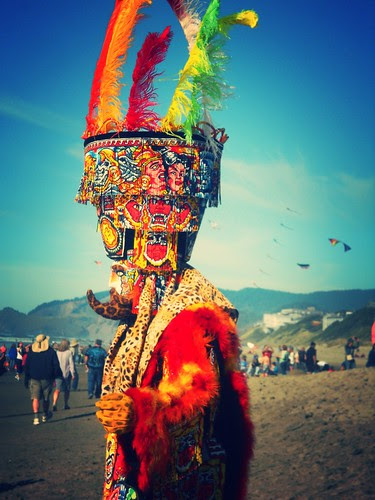 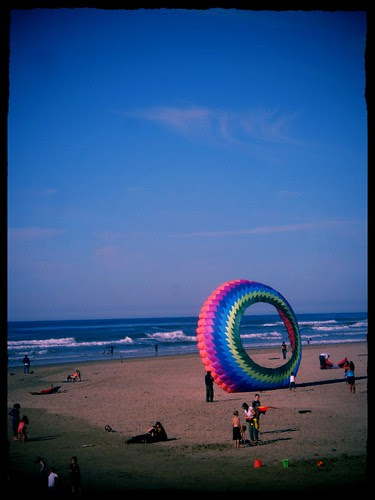 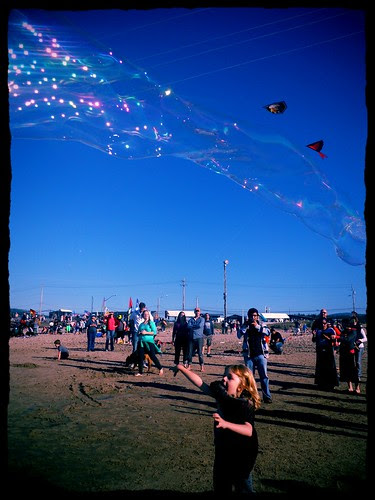 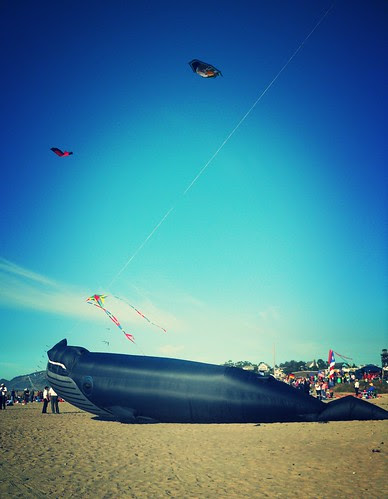 This years Kite Festival in Lincoln City was kind of disappointing compared to the other years we have gone. When we got there there were no kites in the air and Whitney Houston music blaring and a bunch of people sitting around staring at each other. Low winds make for a shitty kite festival, who knew the weather could be too nice.
It started out badly with  Solomon getting knocked own by a wave an getting soaked, he had a cold and I was hoping he wouldn't get wet. Then a beautiful sea bird died right in front of us and Nalah had a screaming tantrum.
We almost left the Festival to go rock hunting but when we went back to the car to get our picnic goodies the winds picked up and they were able to get most of them up in the air again. We were able to have a picnic in the sun and watch the kites. The weather was so beautiful there were actually people swimming.
The drive to and from the coast took forever, we took a new route and it apparently was not the quickest route. But I got to have an actual conversation with my husband which is a rare treat with him away from home most of the time. I usually drive when we travel( cause I am a control freak) but he drove this time an I was able to knit Nalah a pair of legwarmers on the rive down alone.
Here are some links the the Kite Festival in better years:
2011
2009
Posted by Heidi at 4:47 PM

Glad the kites got back up for you...I was worried you would have gotten there to a kite-less festival!