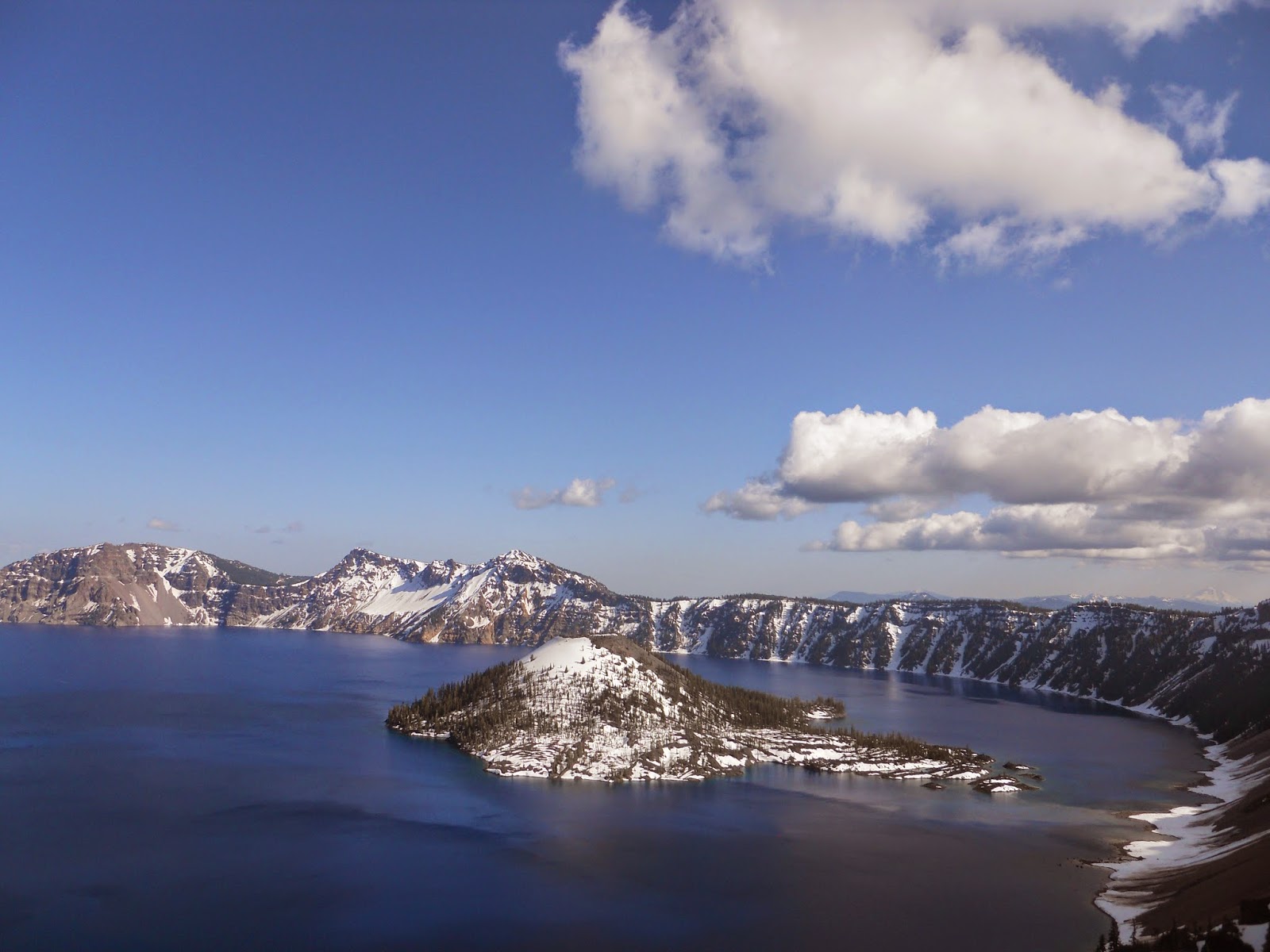 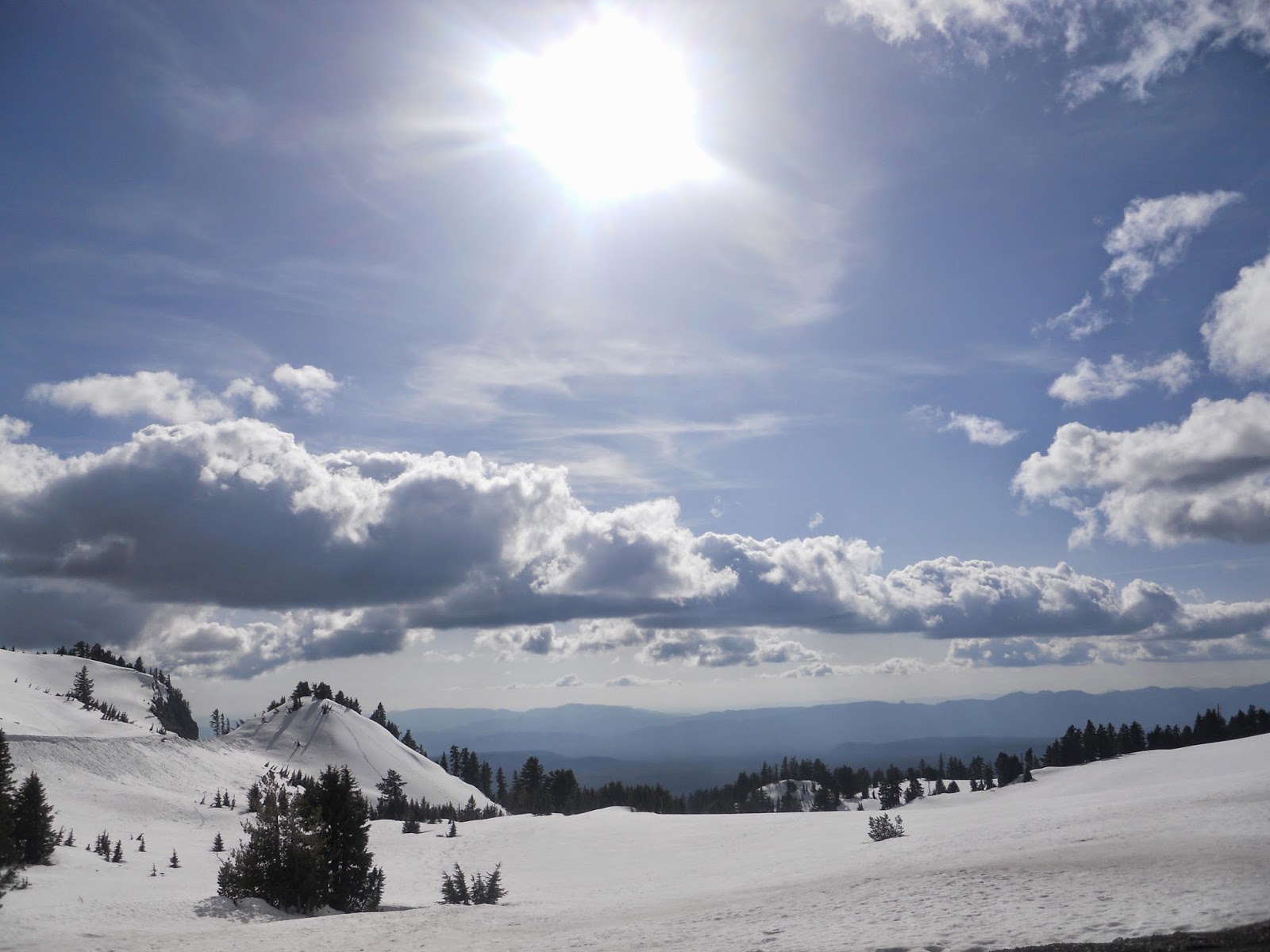 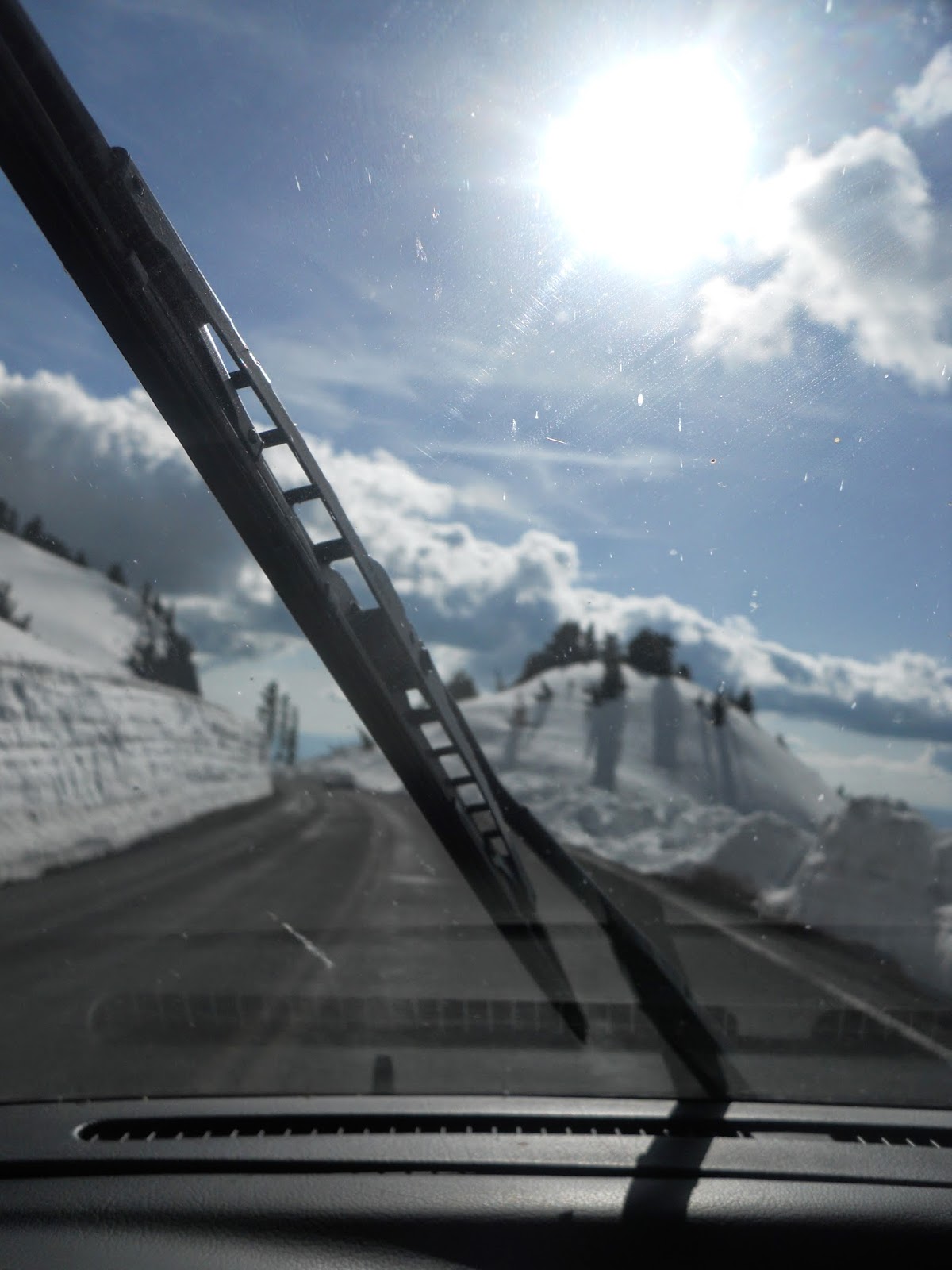 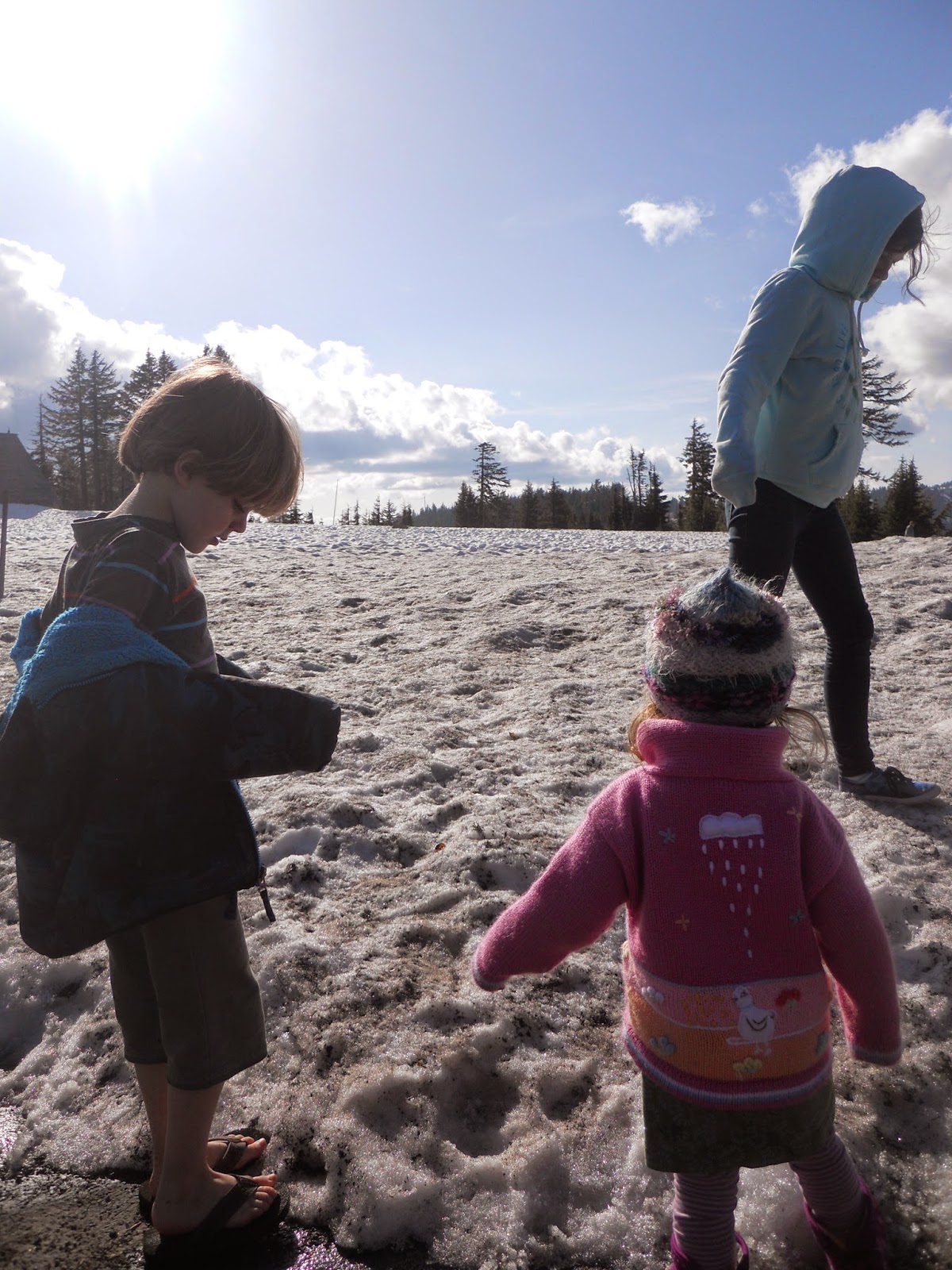 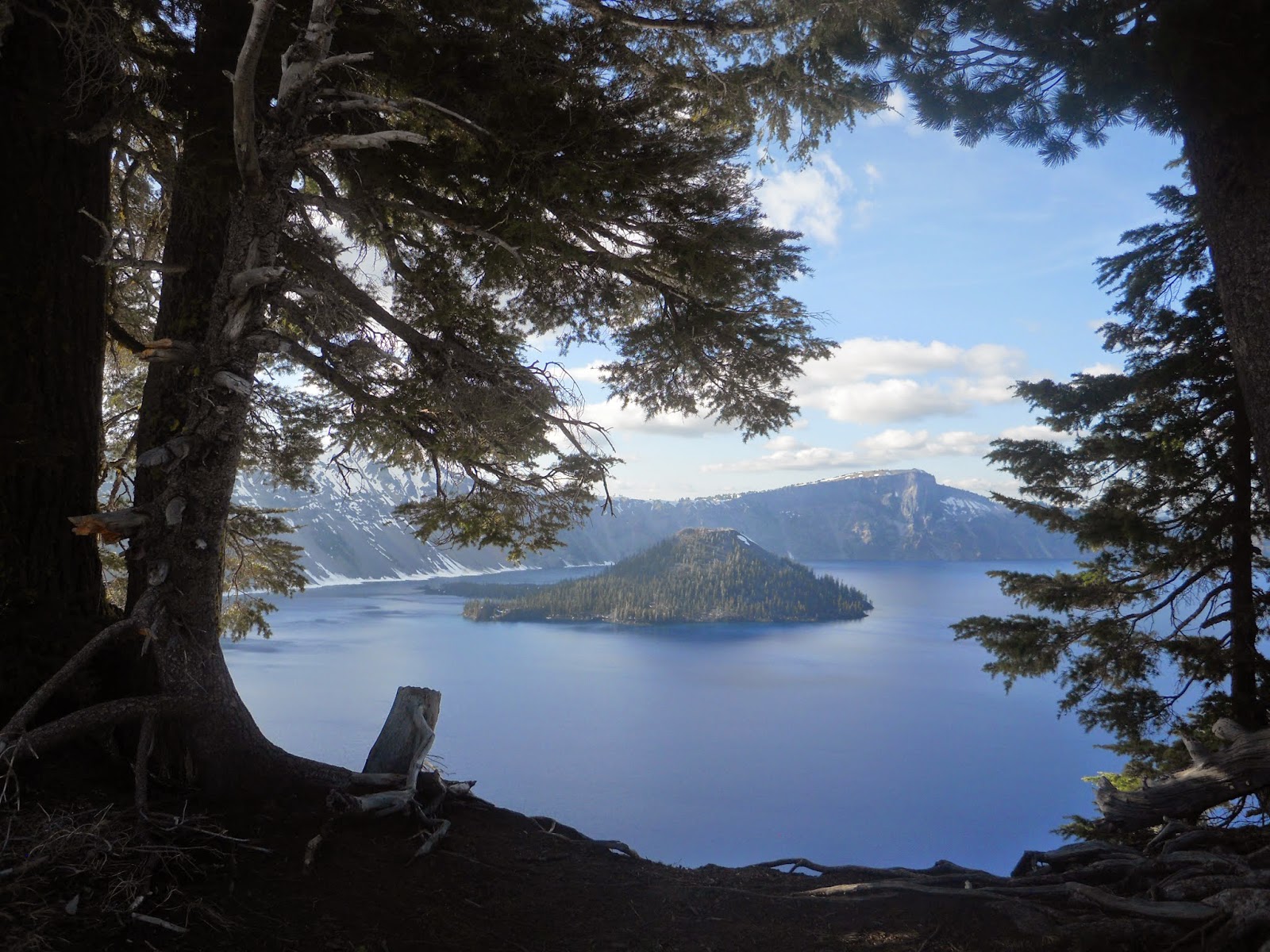 We were a little iffy about going to Crater Lake on our way down to Ashland for our Anniversary. It seemed a little early in the season and I wasn't sure what that roads would be like up there. We would be closer than ever before to the lake and it seemed a shame not to finally visit. I am so glad we did. It was warm and sunny and quite late in the day(about 5 pm)  not a bit of snow was on the road despite 25ft drifts on the shoulder in some areas.
We took the highway along the North Umpqua River heading east from Roseburg. It was a stunning drive, the river was amazing, I have never seen water that color before. Sadly I didn't get a picture of it because I was driving, but I will be back up this way sooner than later.
The kids loved playing in the snow at the rim of the lake. Solomon was regretting his choice in shoes, but still ventured out a while in his flip flops.
This  year has been a record low snow level up at Crater Lake. Most of the roads were open along the lake several weeks ahead of schedule although we could not drive all the way around because the snow is still high and roads impassible on the east side of the lake.
I am so glad we finally made it for a visit after living in Oregon for 12 years. It was stunning. I highly recommend it.
Posted by Heidi at 10:48 PM

So gorgeous! Did you just go this weekend? You have been busy!!
The only time we went it was super cold and foggy (in the summer!) so we could barely see the lake. And Finn wet his pants and we didn't have extras and so he wore my socks as pants but we couldn't really do anything because his bum was naked. Lol. Long comment, sorry.