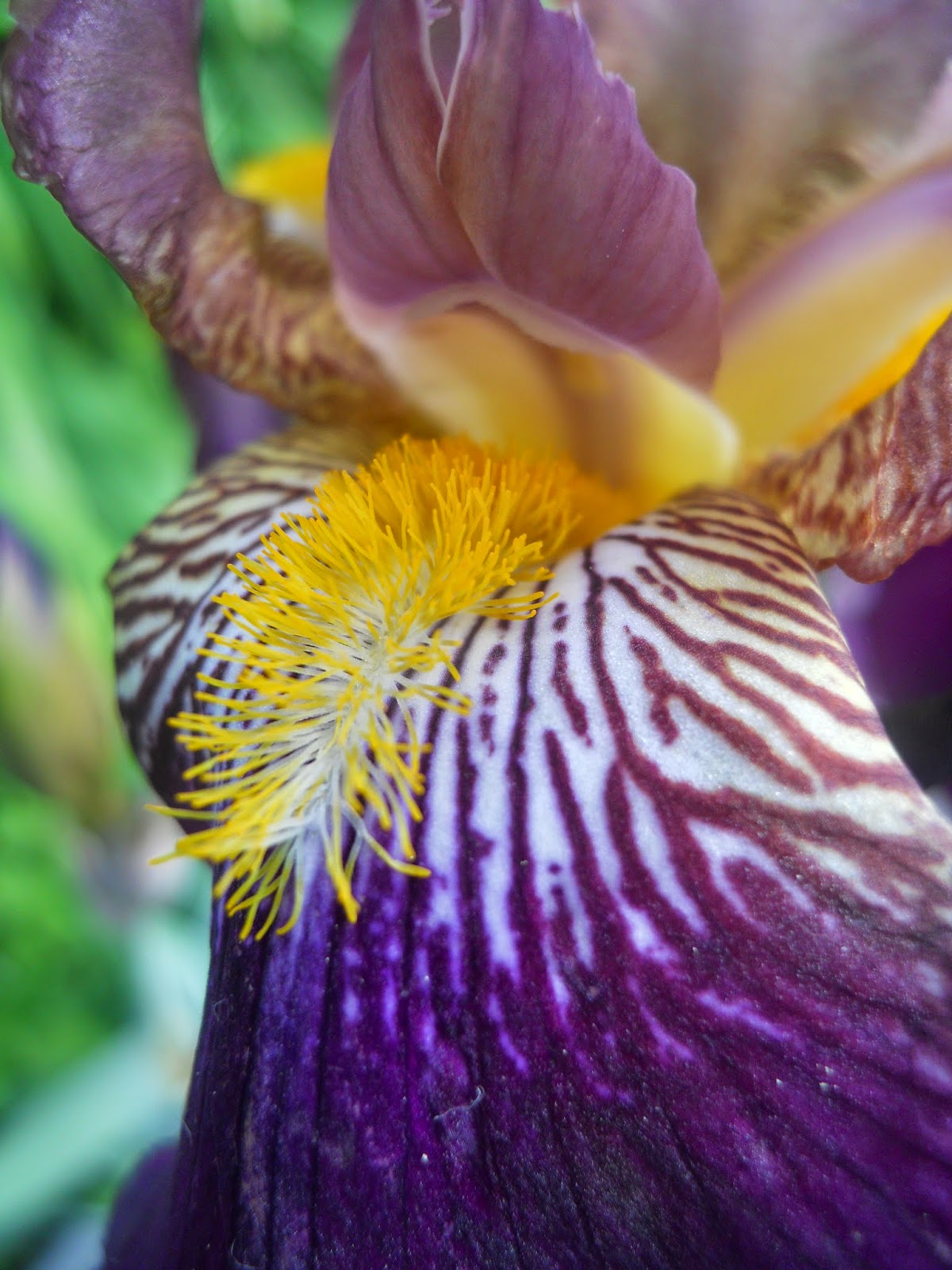 I am not good at sitting around the house during the weekends. Being stuck home all week I get crazy wanderlust to get out in nature. Unfortunately Ben had to work on the car all day on Saturday to get our  windshield wipers fixed so I had to make do at home. I ended up working in the garden most of the day pulling weeds and sewing on the sweater I made for one of our trees(More on that later).

The wipers were working by Sunday morning but the weather was not cooperating. We took a drive to the West side of town and stopped by one of our favorite coffee shops in town that have the most delicious breakfast sandwiches. Yum. (Fehrenbacher Hoff, in case anyone is interested). We have been going there for over ten years now. I remember sitting outside with Sophie when she was a small toddler and drawing with sidewalk chalk. She used to love it because they had a Mr. Potato Head Doll for kids to play with. It is cozy inside and decorated with antiques. We haven't actually hung out inside since having three children, we are more of a order a breakfast sandwich to go and run sort of family these days. Mainly  because it is small and intimate..... and my kids are screamers.
We then stopped by an old favorite thrift store that I had not been to in many years. I went a little book crazy since they were 60% off and came home with five new vegetarian cook books, two sewing books, one parenting book,  two fiction novels and several old copies of Quilting Arts magazine. While we were in the thrift store there was a major rainstorm with thunder and lighting and hail, I would have to say it was a perfect place to be during the storm. Nalah ran around laughing and screaming like a wild animal the whole time while Papa chased her around. I won't be going there with her alone anytime soon.
We stopped for giant cookies before driving back home.
Portland is fun because every section of town feels like a different city.
I guess staying in the city during the weekend isn't so bad...sometimes.