Sophie marched in the Jr Rose Parade this year with her school band and Nalah and I had a great time at the parade together. We made it with just barely enough time to see Sophie march and pick Solomon up from school.Smarter parents pulled their kids out for the afternoon, I didn't even think of that. I guess I like to live dangerously.
This was also the week of the Storybook Parade at my Son's school. This is our 8th and final year. So bittersweet, I always loved this sweet parade. The children dress up as a favorite character from a book and Solomon decided to dress up as Horton from the Dr Seuss book. Nalah wore her lamb costume that I made for her for Halloween and marched in the parade too, she was pretty pumped up even though she only made it a few blocks, she really wanted to be part of things. So sweet. Sophie and her band class marched in this parade as well and provided great tunes such as the "Immigrant Song" by Led Zeppelin and "Smells Like Teen Spirit" by Nirvana. It was fun to have them both in the parade again this year.

Only four more school days to go.We have a very busy week ahead. 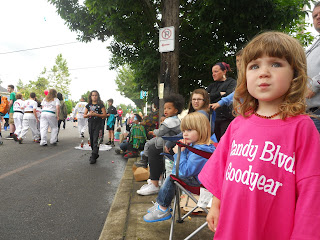 Nalah caught that t-shirt from a t-shirt gun they fired off from across the street. She was pretty happy about it and had to wear it immediately. 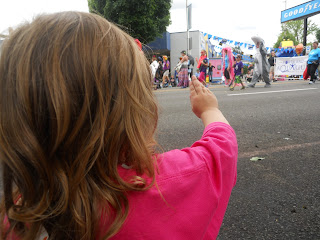 So sweet,waving at the parade. 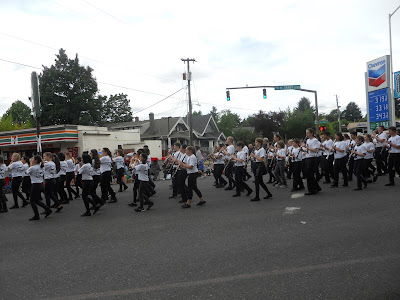 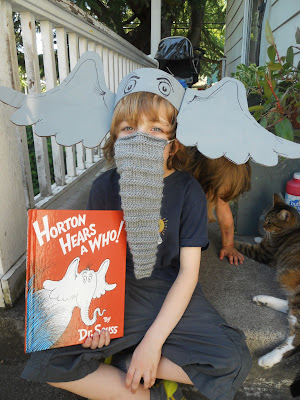 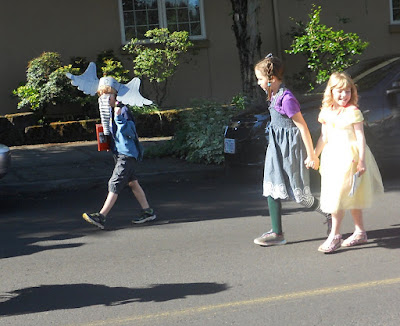 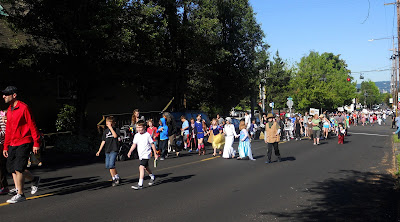